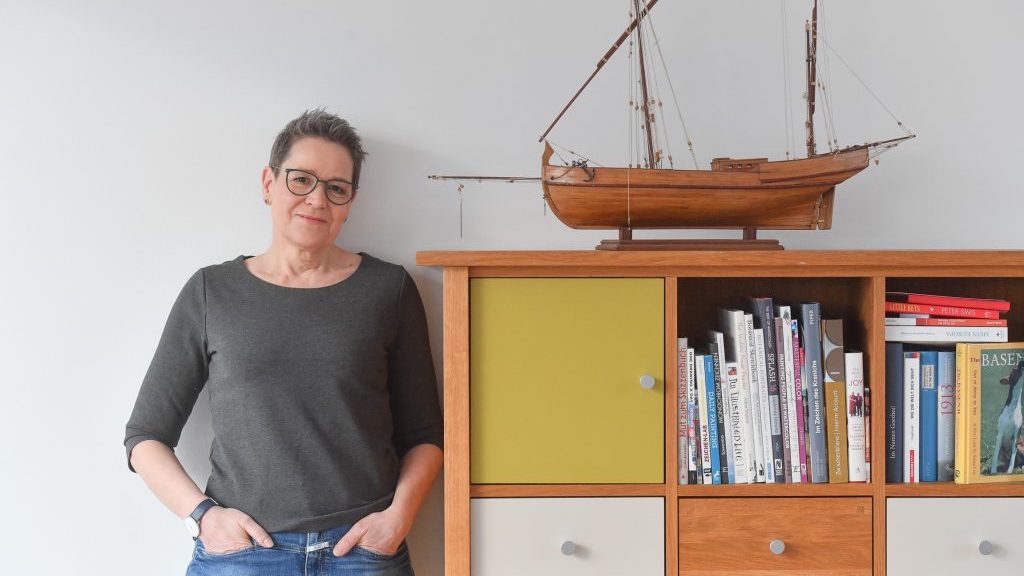 "People who don't want power should come to power."

Simone Menne has made history in Germany: She was the first woman to make it into the inner management circle of one of Germany’s largest companies, the executive board of a DAX company with around 130,000 employees and annual sales of 35 billion euros in 2017. She worked at Lufthansa for a total of 27 years, most recently as CFO (Chief Financial Officer). In this role, she had a great deal of influence on strategic decisions, working closely with the CEO, or Chairman of the Executive Board. A powerful woman. And a strong woman. A woman who has to prove herself in men’s circles. One would think that she must have worked toward this career early and single-mindedly. And had to be either particularly talented in dealing with numbers, or at least particularly hard-working. Far from it. And that’s exactly what makes her so likeable. 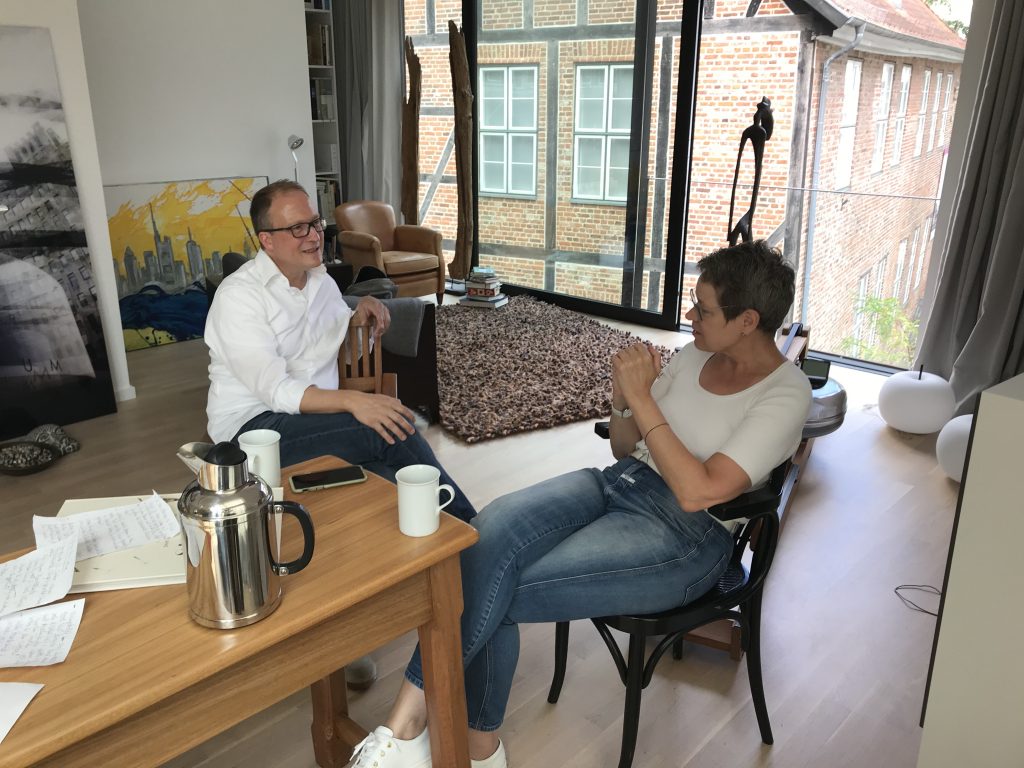 I was never good at math

“In high school, I had German and French as my advanced courses, but I was never good at math and physics,” says Simone Menne, who is now one of the most important financial experts in Germany. The grades, including the Abitur average, were not record-breaking. Simone was class president, basically “rather loud” and “tore everything out” with oral participation. She was also team spokesperson for volleyball. Her parents always gave her the feeling that she could do anything if she wanted to. Her mother in particular, who also always worked, was a role model in a small accounting department. When Simone Menne was born, her boss told her mother that she was urgently needed and should simply bring the child to work. From then on, little Simone grew up during the day among files and calculators, and sometimes the boss took her to appointments. It was also her mother who impressed upon Simone the importance of always earning her own money as a woman and not becoming dependent on men.

Giving children the feeling “You can do it!”

Simone Menne discovered her passion and talent for art at an early age. She had inherited this inclination from her father, who sometimes worked with her on works of art. She would have liked to pursue an artistic career, “I wanted to become a goldsmith. Her father, however, who was himself a solid industrial foreman, strongly advised her to learn something “real”. Simone Menne has always been eager to experiment and take on new challenges. She attributes this to her upbringing: “My parents always motivated me that I could do anything if I wanted to. The fact that they didn’t exactly encourage me in my desire to become an artist is another matter.” After graduating from high school at 17 – on the basis of an above-average IQ test, it was possible to skip a grade at her school as part of a pilot project – she first completed an apprenticeship as a tax consultant’s assistant. She said she thoroughly enjoyed taking responsibility for the tax returns of small companies herself. “And if you ever messed something up, you had to make up for it yourself and explain it to the clients,” Menne recalls, “That was definitely good for personal development. 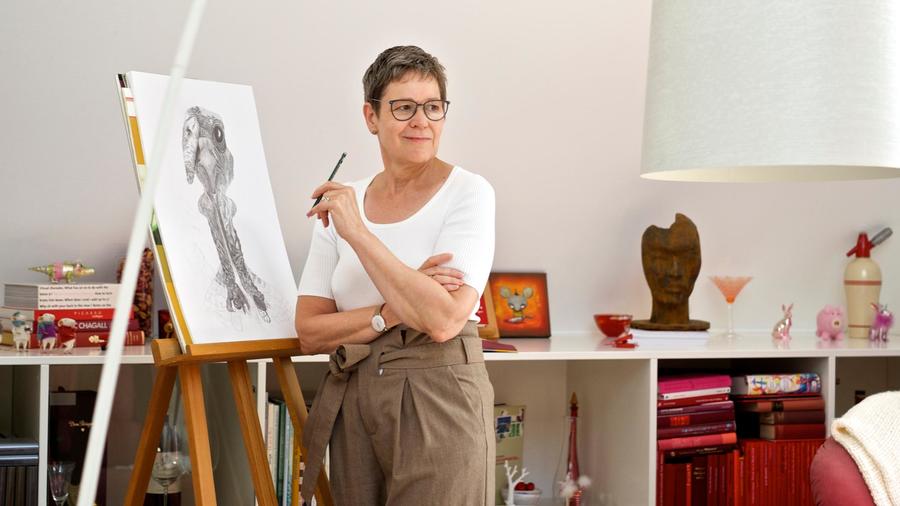 There’s more beyond the horizon

After training as an assistant tax consultant, Simone Menne couldn’t imagine spending a lifetime auditing tax returns: “But I didn’t really know what to do instead – something to do with art was taboo.” That’s why she finally enrolled in business administration at university in her hometown of Kiel, at least that had some consistency with her education. But then she didn’t enjoy her studies; she only did what was necessary. “I’m not a numbers person, and I really need to cram numbers,” Menne said. “I was good at statistics, which I found exciting and important. What you need root extraction for in life and in a job, I still don’t understand.” After graduating, Simone Menne then wanted to get out of the manageable port city in northern Germany. She applied to the American conglomerate ITT in Frankfurt am Main and got a job in auditing. One requirement for the job was a good command of English. “My boss at the time told me later that he took me TROTZ of my English language skills,” Menne jokes. After three years, she became restless and wanted to develop her skills. The English was excellent by then.

Simone Menne applied for a job at Lufthansa and thought she had little chance of even being invited. Again, it was for the position of financial auditor. What appealed to her most about the position was the travel, because in a globally active company, the job also promised assignments abroad in Australia, America or Asia. To her great surprise, Simone Menne was invited and suddenly found herself on the shortlist of applicants. “At that time, I met Christoph Müller, who is now in a leading position at the airline ‘Emirates,’ and who had also applied for the job,” Menne recalls. He was tall, attractive, confident, winning – and a man. And Menne thought the race was over. But no, Lufthansa hired them both. It was a great time for the finance woman, who loves to travel and get to know new countries and people. After some time, she then applied for an overseas position with Lufthansa in Lagos, Nigeria, that was advertised for three years. Not a destination for the faint-hearted, but for Simone Menne it was a dream. She had incredible degrees of freedom in her position, met exciting people, dropouts and free spirits, and traveled extensively throughout West Africa. “Of course, you couldn’t close your eyes to the cruel poverty and crime around you,” Menne says. Beggars, lepers, the occasional corpse on the street were part of the daily reality. After the three years, she was offered a position in Amsterdam, but turned it down because it was “too boring.” She would have preferred to stay on in Lagos. “I like the risk and I dare to do something,” Menne explains. 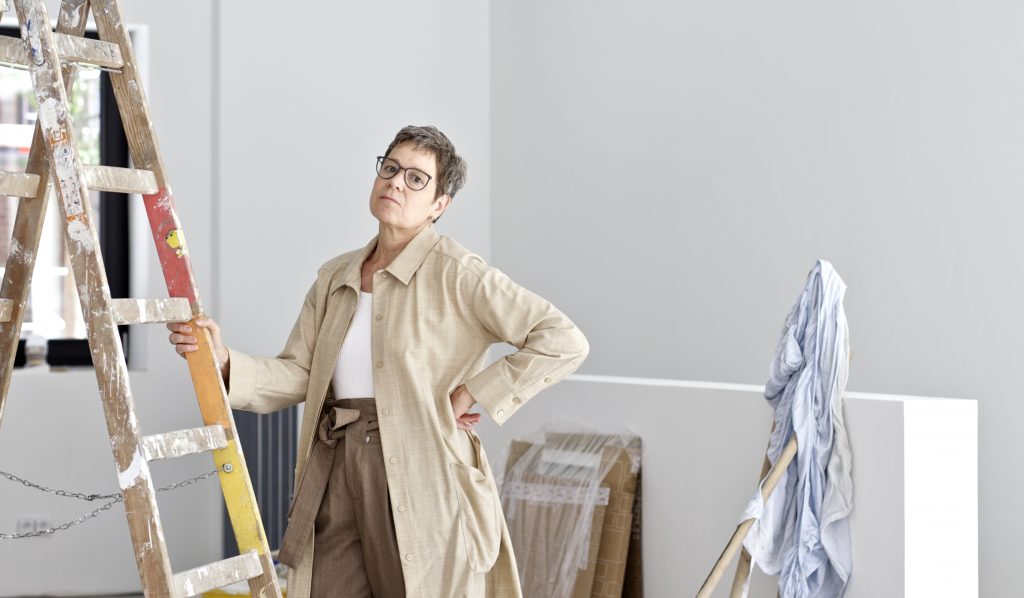 Through the “glass ceiling” with personality and skill

Lagos was followed by a position in Norderstedt near Hamburg. Simone Menne became Managing Director of the subsidiary Lufthansa Revenue Services . Here, however, she was not so successful and had failures with an IT project, which led to her dismissal. So she went abroad again as Chief Financial Officer of Lufthansa’s external organization, first in Paris, then in London, which she filled very successfully. She then moved again to Lufthansa Technik, an industrial company, to take on the role of CFO in the British Midland restructuring case. Menne says that money has never played a particularly important role in her professional life. Rather, she thinks board members earn too much and has never made a secret of that. That’s why she gave up her company affiliation and Lufthansa pension rights at British Midland in order to work authentically with the employees there, to try to turn the company around, and finally, with a heavy heart, to organize the sale. At that time, she also gave up her bonus as Chief Financial Officer. That, in addition to her willingness to solve difficult tasks, had impressed Jürgen Weber, then chairman of the supervisory board and Lufthansa’s previous CEO. And in 2012, he then offered her the CFO position on the Group’s Executive Board. Even though she didn’t know what hit her, she accepted the offer. “After all, I’m also a little bit vain,” but in a different way than many male competitors. “I think it’s nice to be appreciated and have recognition,” Menne said. “On the other hand, I wouldn’t need a big car or a driver”. The new position made Simone Menne the first female CFO of a DAX company in Germany.

And in doing so, she has broken through the so-called glass ceiling – the invisible barrier that most women still encounter in the course of their careers. This barrier usually means the end of the career already in middle management, even if the qualifications would speak for higher. The reason for such a “glass ceiling” is a still strong preference for male colleagues when selecting higher positions. To break through this glass ceiling, it is important to teach girls at an early age to exploit their opportunities and talents and to pursue their goals. It is also necessary for women in leadership positions to act as role models for young girls and encourage them to break through the barrier to the top. Women like Simone Menne, who are committed to equal opportunities for women in leadership positions. 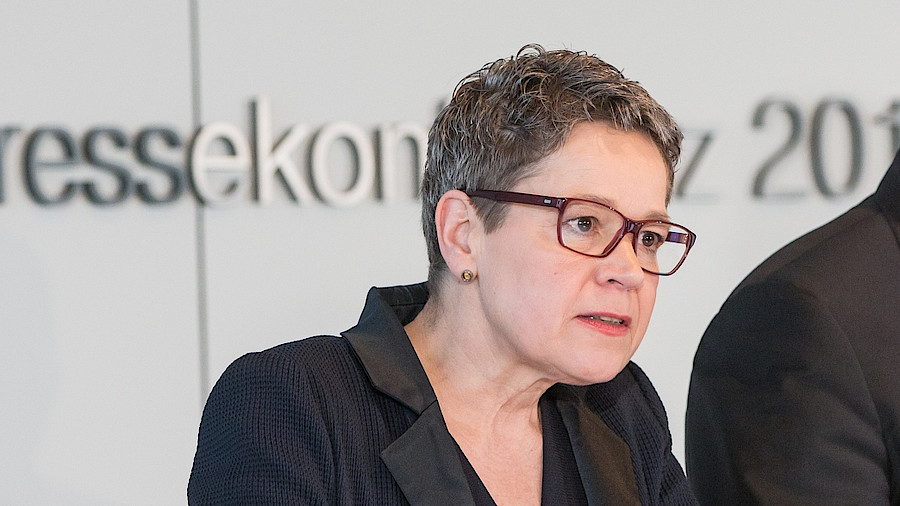 No fear of “men’s circles,” her own courage and capable employees

During Menne’s time as CFO on the board, there was then another “glass ceiling”, because to this day there is still no female CEO of a German DAX company. The question is when one of the last male domains will actually fall with the position of CEO. In the minds of many decision-makers, women are still a quota occupation in the “round tables of the male knights”, but by no means suitable for the role of “king”. Menne explains that in many cases the hiring policy of managers is also significant. Before hiring employees whose qualifications could be dangerous, they prefer to opt for so-called “metoos,” or little images of themselves. You can always keep up with them and maintain an overview, but whether that helps the company is another matter. This is an outdated management style. Today, it’s much more a matter of attracting the best and most innovative employees who will help the company advance in a competitive environment. It’s also a matter of developing employees and tapping their potential. “In principle, people should be given power and leadership responsibility who don’t want power,” Menne emphasizes. Such as parents or teachers as career changers. For them, it’s about getting the best out of the children and encouraging them – whether boys or girls. Analogous to the CEO above the “glass ceiling” are, for example, the positions of chief physician and airline captain, in which women are still a rarity. The situation is different in politics: with Angela Merkel, we have at least had the first female chancellor in Germany since 2005! Simone Menne has never hidden the fact that she thinks she can do even more than CFO. “I can also be CEO,” she is convinced. At the next change of season, however, Lufthansa’s Supervisory Board again opted for a man for the highest position in the Group.

After a total of five years as CFO at Lufthansa, then at the pharmaceutical company Boehringer Ingelheim, Menne retired from operations in 2017. Today, she is still active on four supervisory boards, including BMW and Deutsche Post DHL, and also works in an advisory capacity, particularly as an expert in finance and digitization. The latter is her hobbyhorse, as she recognized the importance of digitization for the industry early on and has become a valued expert. However, Simone Menne has her own gallery in her hometown of Kiel particularly close to her heart. She wants to devote herself there primarily to young talent and give young artists a platform. But she herself now also has more time to realize her artistic potential, which she is very happy about. A childhood dream that came true in the end.

Find out more about Simone at www.simonemenne.de

Simone Menne has been a mentor of the FollowYourTalent Foundation since 2018.