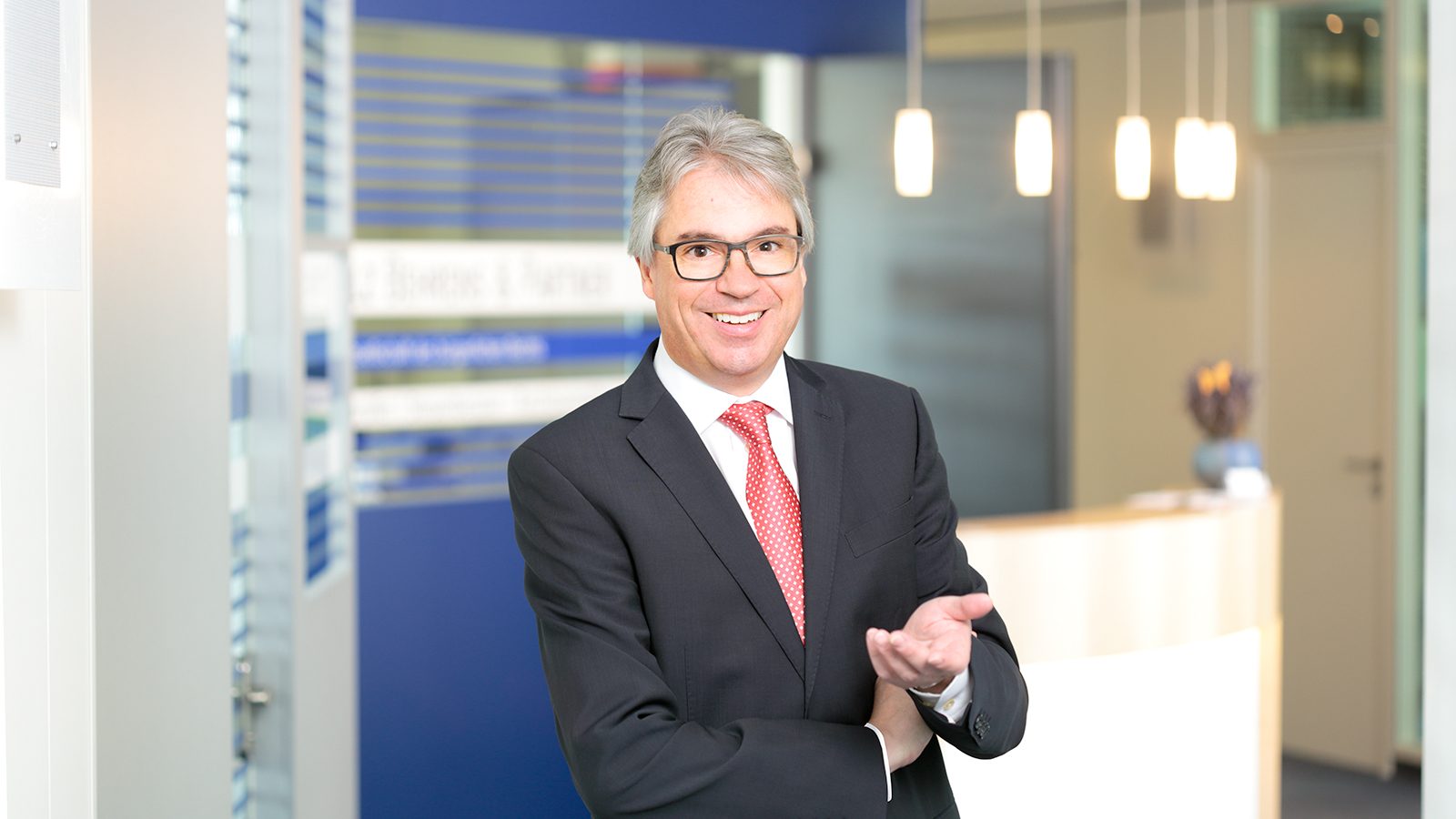 Co-founder and Member of the Board

I was born as the third of four sons of Hans Wasil Behrens and Gisela Behrens née Bauer on December 30, 1961 in Freiburg.

I come from a classically humanistically educated family. Thus I attended the humanistic Berthold-Gymnasium in Freiburg; my father was a lawyer and very successful manager of the largest company in Freiburg, my mother was a Germanist and fully occupied with the organization of this very demanding five-man household with all her commitment and incomparable love, especially since my father was a jack-of-all-trades; his mother was Russian … The contact with literature, music and art, but also with the culture of pleasure, belonged to the normal family imprint. Thus I was a cathedral choirboy in Freiburg from an early age and also went on extensive concert tours with them. The performance of masses of all kinds – from Gregorian to Dvorak and Bruckner – in the high masses in the Freiburg cathedral and on holidays were a matter of course. The preoccupation with music, which I am still particularly fond of today, literature and the fine arts was encouraged far beyond what was required at school by city trips, visits to museums, concerts and operas – to this day I am infinitely grateful for this and feel “rich”.

I spent a wonderful and completely unencumbered youth and study time for me; everything always fell to me. “For me” because this was certainly not always true for my brothers and thus for my parents: on the one hand, there were competitions among the brothers at various times, and on the other hand, my brothers were “problem children” compared to me, at least from a scholastic point of view (although I was anything but an overachiever, good student or brilliant student). My eldest brother Klaus was the outgoing generation of ’68 with all the consequences that still partly affect me. My brother Wolfgang did not meet the academic demands of my parents and was the eternal problem child. Unfortunately he died in the meantime. My youngest brother Georg was dyslexic and had no fun at all with what was “offered” on the part of my parents, which has long since changed. So I “ran through”, one did not have to care about me, I was free and could enjoy my life with friends, in the family – we boys got along nevertheless or perhaps also just therefore very well (with different premises and temporary differences) – to the fullest and develop myself freely.

In 1981, I graduated from the humanistic Berthold-Gymnasium in Freiburg and then began my law studies, first in Freiburg, then in Regensburg, to complete my first state examination in Tübingen. This time is one of the most beautiful I remember. There was still a “free study” without Verschulung and too large constraints. Wonderful study friendships had developed, the school ties remained and with the family I experienced above all musical highlights at music festivals and concert halls of the world, which has influenced me to this day (I also have a vocal training).

After a three-year period in Marburg as an assistant at the Institute for Anglo-American Law, I began my legal clerkship in Freiburg, already living there with my childhood sweetheart and later first wife, Conny, and soon married to her in my 26th year. We had come together very early, spent very happy times and were able to develop, promote and complement each other.

From an early age, it was clear to me that I wanted to become a lawyer, and so I began my specialization as a tax lawyer in a law firm during my legal clerkship, in which I was already accepted as a partner. This required a very high level of commitment, which was, however, worthwhile from every point of view in my eyes, but was critically accompanied by Conny.

Late, but just in time before I turned 40, I had my children Caroline and Nico, who opened up a new world for me. Their very conscientious but also “strict” upbringing by my first wife – she is a teacher – but also the occupation and later also the experience with the modern school experiences in connection with the experiences of my “free” youth brought me together with my friend Thomas Falkenstein to the idea of founding the FollowYourTalent Foundation. We felt early on that we had completely identical insights and approaches to life and, not least for this reason, we founded the foundation together in 2013. The background to this was the realization that ever shorter school and study periods, prescribed learning goals and working methods, the focus on grades and the pressure to be “excellent” can sometimes stand in the way of a personality unfolding as we had experienced it. I myself am proof that excellence is not required to realize a well-rounded and successful life – without too much pressure (which, of course, dominates very strongly in everyday professional life today).

A real “defeat” in my life was my divorce after 24 years of marriage, even though I was the cause of it. But it also takes a little talent to arrange things in such a way that they then “fit” again, and to build up a second life on a new basis – I have now been very happily married to my second wife Hilde for many years and, according to everyone’s perception, we have succeeded in finding each other with the wonderful involvement of the children and in curiously going our new way together with everyone.

Professionally, I have always developed and after my apprenticeship years, I have brought the law firm I founded myself into Dr. Stilz Behrens und Partner mbB today. As one of several partners, we employ over 50 people. Here too, despite all the prevailing pressures, we try to do justice to the individuality of our employees and allow them to develop.

With our foundation, we want to promote projects and events that motivate young people in particular to question themselves, to “believe in themselves” and to have the courage to live their personal lives even without being “excellent” or a straight-A student.