“Why not just do it” – that’s the life motto of Barbara Buchberger, who recently rose to national prominence with her duet partner Julia Winkler on the popular TV show “The Voice.” Of course, success did not come overnight. It is the result of a mixture of passion, constant curiosity about life, cultivating friendships and consistently holding on to and pursuing one’s own wishes and desires in order to actually put them into practice one day. But one thing at a time… 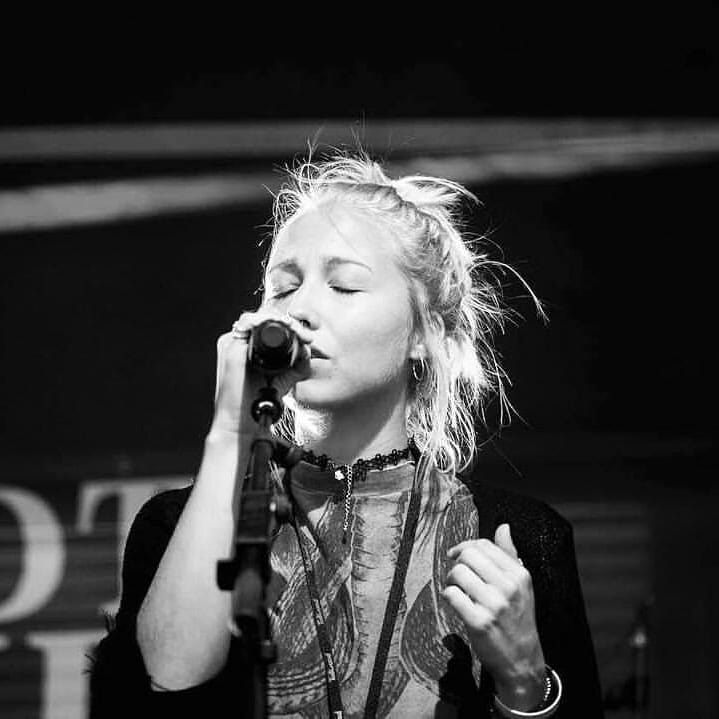 Babsi, as she is called by her friends, has always felt the urge for music and a certain inner drive “to give something to others through her own passion” within herself. Even as a little girl, it was often she who volunteered for the solo part in the school choir. Now this is not unusual – the desire for recognition is certainly present in all of us. But why do some people really push themselves onto the stage? Why are they seemingly unafraid of publicity and possible failure? “Certainly the parental home is quite decisive,” she says today, “but not the only determining factor.” Barbara grew up with three siblings. “That’s where you have to assert yourself.” But the biggest advantage was certainly that she was always “on her own.” The great trust of her parents and especially her mother, who shared her passion for music, gave her a good foundation for later healthy self-confidence.

Babsi grew up near Munich, and today she lives right in the state capital. It was by no means always clear that music would one day be the focus of her professional life. After graduating from Ingolstadt’s technical high school, Barbara first completed various internships in kindergartens and hospitals. Like many young people leaving school, she initially had no concrete plan as to how she could realize her innermost desires and passions professionally. Music – that was clear – she definitely wanted to do. But she also wanted to build a second leg to stand on. It was clear that she liked being around people and that social interaction was close to her heart. That’s why she initially wanted to try out as many things as possible, accompanied youth camps as a counselor, and finally decided on a “federal voluntary service” with the Bavarian Association for the Blind and Visually Impaired. Through an affected family member, she knew how important the work of this association is. Her time there strengthened her desire to work with people. Barbara has always been interested in many things. In addition to her social streak, she was also very interested in science. So why not combine psychology/education with chemistry and biology and study for a teaching degree? Barbara began her teaching degree in 2014.

Parallel to this, she lived out her passion for music more and more intensively. She moved from the Bavarian village of Groeben with its 50 inhabitants to the big city of Munich and met many musicians there over time. The producer duo “Achtabahn”, which has already worked for many other well-known artists, became aware of her. This was followed by her first own single “Like a new love” under the stage name “Beady”, which quickly received over 200,000 views on YouTube (https://youtu.be/5E4i54EcBbc). With another single, “Bis der Himmel sich dreht” (https://youtu.be/4fVYnvYx0u0 ), the TV station ProSieben became aware of her. Its subsidiary “StarWatch” actively builds artists and marketed them. Now the entry into the professional music business beckoned: She was offered a contract for two singles with an option for an album under the artist name “About Barbara”. Another single followed: “Heart” (https://youtu.be/AszbO0iLk80). The re-mix of this song in a techno version has even been viewed more than 3.7 million times on YouTube (https://youtu.be/Wziy66m-YtQ). Barbara was suddenly the talk of the town, the press reported on her, the regional print media devoted entire pages to her, and even the Süddeutsche Zeitung reported on her several times in its youth magazine. But Barbara was not happy. For one thing, she realized that she couldn’t express herself in German as well as she felt she could inside. And she felt increasingly alienated in a world where artists are supposed to be built up into stars in the shortest possible time, as if in a flow heater. Clearly, that wasn’t her thing. She decided to end the contract with one laughing eye and one crying eye and go back to doing more of “her own thing.” “Sure, the prospect of a reasonably stable income and a big name recognition was tempting,” Babsi says. “But when you feel at your core that you’re bending, that you’re not following “the call of your soul,” you have to change your path – even if it seems uncomfortable at first.” 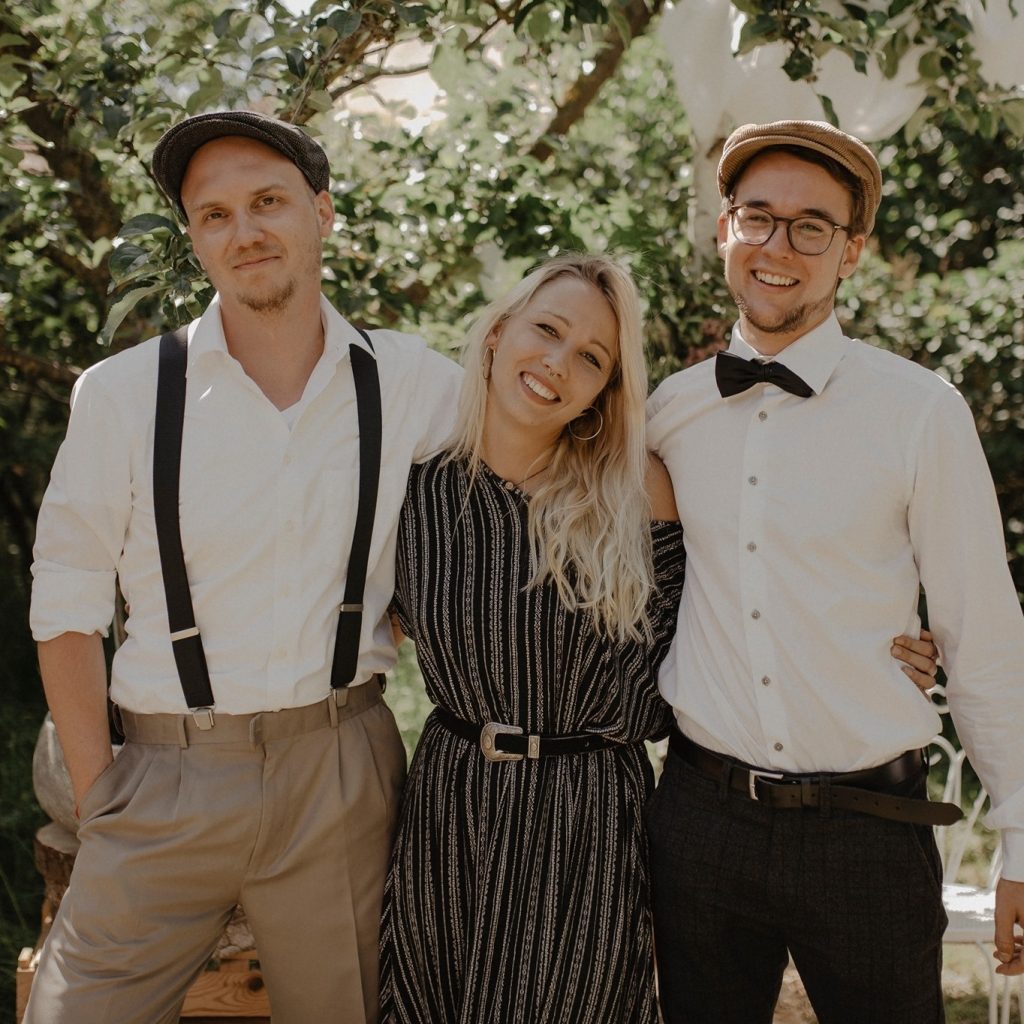 Already for years she played with her event band “Honey & Hive”.(https://youtube.com/channel/UCs21F4LQxJ6ad3uiWpBq9jA) at weddings and other private events. One day, keyboardist Flo brought his sister Julia and introduced the two of them, who immediately hit it off and, above all, harmonized musically – in the truest sense of the word. That’s how the duo “Julez and Barska” was born.(https://youtube.com/channel/UC9lt_I03kdl0c38CyTaD10Q), with which the two made it to the round of sixteen on the TV show “The Voice” in the fall of 2021 (https://www.the-voice-of-germany.de/talente/staffel-11/julia-winkler-und-barbara-buchberger).

At the same time, Barbara founded the 7-member women’s power band “Barska and the Factory”(https://barskaandthefactory.com/).

Finally, she seemed closer than ever to her dream of music, even if she was nowhere near the click numbers of that time. But Babsi could finally get on stage. With her own band.

“Even if it sounds like the big wide world, fame and lots of money – you certainly don’t get rich this way,” says Barbara. “But happy – and THAT is what counts in life”. 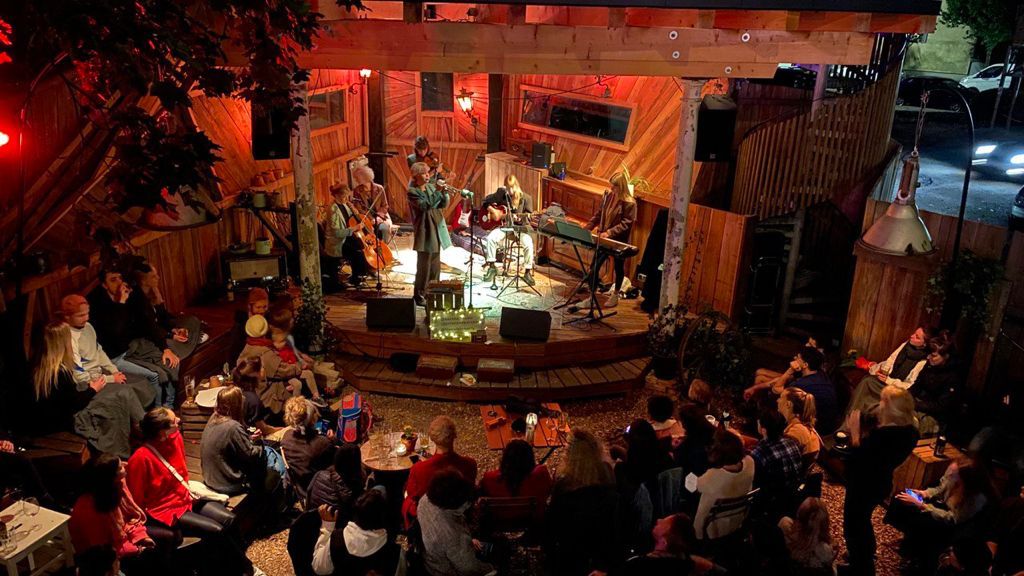 And Barbara would also like to continue her second passion, working with young people. In the future, for example, she will offer workshops for young people together with the FollowYourTalent Foundation and she was involved in the “My Courageous Path” initiative. “It is incredibly important to me to pass on my own personal experiences. Above all, it’s important to have people around you who trust you and encourage you in the things you love. No matter how absurd and seemingly crazy they may be. That’s what I want to convey.”

Barbara Buchberger has been a mentor for the FollowYourTalent Foundation since 2022.