"It's never too late to start over."

Sergei Buragin was born in 1964 in the small town of Kineshma “in the heart of Russia, on the beautiful Volga River” and grew up there. 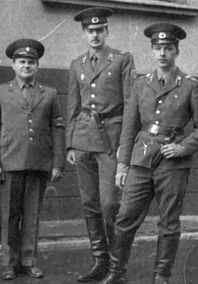 He studied electronics in Moscow and then trained as an engineer. During his military service in the then Soviet Army, he was stationed as an officer in Poland for seven years.

But the disintegration of the Soviet Union in the early 1990s fundamentally changed his life plan. The fixed structures that had previously been considered irrevocable dissolved virtually overnight with the coup in Moscow in August 1991. The impossible suddenly seemed possible. Sergei did not hesitate for long and took advantage of the political upheaval in his home country to flee.

He came to Germany and applied for asylum. For months he lived in a refugee center, starting from scratch. In the end, it was to take ten years before he finally received a permanent residence permit in Germany. For many years he worked in the catering industry until he managed to get his diploma as an electronics engineer recognized. Through his voluntary work as founder and supervisor of the “Jugend forscht Schüler AG”, 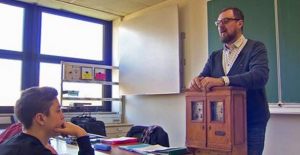 which has since won many awards, he first came to the vocational school as a substitute teacher in his subject area, completed a traineeship and is now a fully recognized specialist teacher for electrical engineering.

In addition, Sergej was involved for many years as chairman of the advisory board for migration and integration in his adopted hometown of Neustadt an der Weinstraße, in order to encourage other asylum seekers and help them arrive in Germany.

“It’s never too late to start over,” Sergej says today. “I am happy in my new life! Even if the road is often rocky and uncomfortable – it’s worth it.”