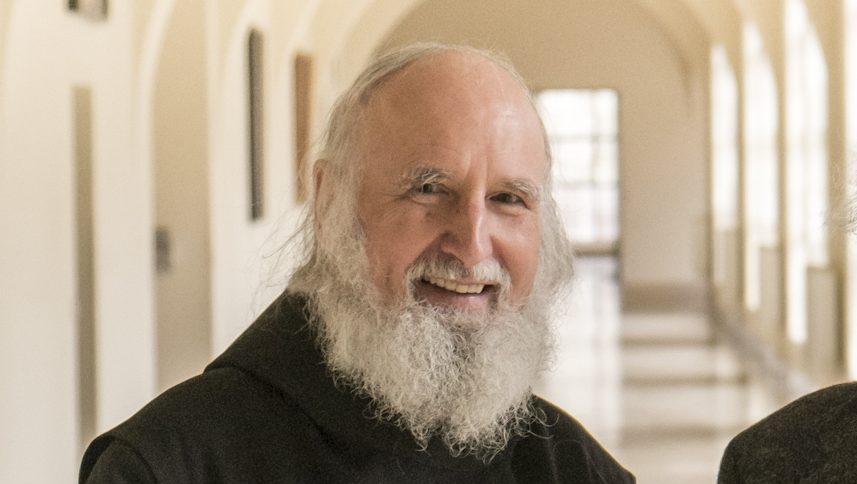 "Don’t miss out on life"

Anselm Grün has written over 300 books on the great questions of life, which have been translated into more than 30 languages and have sold a million times over. He is considered one of the world’s most well-versed spiritual writers of the present time. For decades, he has also been a sought-after consultant and spiritual companion of managers and politicians and completed more than 200 lectures and seminars around the world at the age of over 70.

Pater Dr. theol. Anselm Grün OSB was born in Junkershausen, in the Franconian region of Germany, in 1945. He spent his childhood in Munich. At the age of 19, he became a Benedictine monk in the Abbey of Münsterschwarzach near Würzburg. There, Father Anselm became acquainted with the art of leadership from the rule of Benedict of Nursia and rediscovered, already in the 70s, the tradition of the ancient monks, whose meaning he sees particularly in connection with modern psychology. From 1977 until 2013, after studying philosophy, theology and economics, he was the economic manager (Cellerar) of Münsterschwarzach Abbey and thus responsible for about 300 employees in over 20 companies.

In April 2018, Father Anselm Grün is a guest at the FollowYourTalent’s Foundation. Anselm Grün will be speaking with the two founders of the foundation in front of 400 guests on the topic of “Don’t miss out on life” as part of a discussion evening.

Anselm Grün holds the Bavarian Order of Merit and was awarded the Federal Cross of Merit in 2007.